Countdown to Release Day! One Week to Go ~ 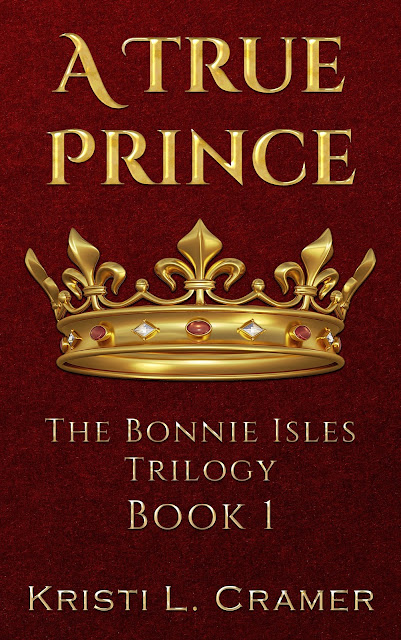 Then get set for a tale of adventure, magic, discovery, and coming of age on a fictional island, a long time ago and far, far away.

A True Prince is the story of Sebastian and Asylnn.

Princess Aslynn and Sebastian have been friends nearly since birth, despite their differing social status. A friendship cemented by a tragic common thread: Aslynn's mother died giving birth to her, and Sebastian had been found floating in a sea chest after a storm. Though a magic spell had protected him, there was no clue as to his identity or his origins, and the boy from the sea was raised by the king’s swordmaster.

Fifteen years later, the forces of change are converging on the small island kingdom they call their home.

In a storm to rival the one that brought Sebastian ashore, the two friends rescue a shipwrecked stranger. In gratitude, the traveling mystic offers to solve Sebastian's mystery, but as the stranger uncovers clues, events surrounding his arrival stir up more than just the past.

A True Prince is a complete story arc, and does not end on a cliffhanger. It is family friendly, and suitable for readers as young as ten years old. Adults enjoy it, too.

Book 2 - due out in July 2016 - picks up five years later. The third book should be out in September or October.


Did you know...
You can order any of my books directly from me at a discount?
Send me a message or post a comment with your request, and I'll work with you on fulfilling your order.

I take payments through PayPal, so it is totally secure. I have digital content in Mobi, ePub, and PDF, as well as some titles available in paperback. Shop at www.kristicramerbooks.com
Posted by Unknown at 6:00 AM